Arriving (slightly later than originally planned) at Birmingham’s Hare & Hounds in Kings Heath tonight is Tinashe Fazakerley, better known as Rationale, for his rescheduled date following cancellation of his (Birmingham and Brighton) October shows due to a chest infection. Tonight’s gig is the penultimate show of the tour, but the band will be out on the road again supporting Rag ’n’ Bone Man on his UK tour within a couple of weeks. 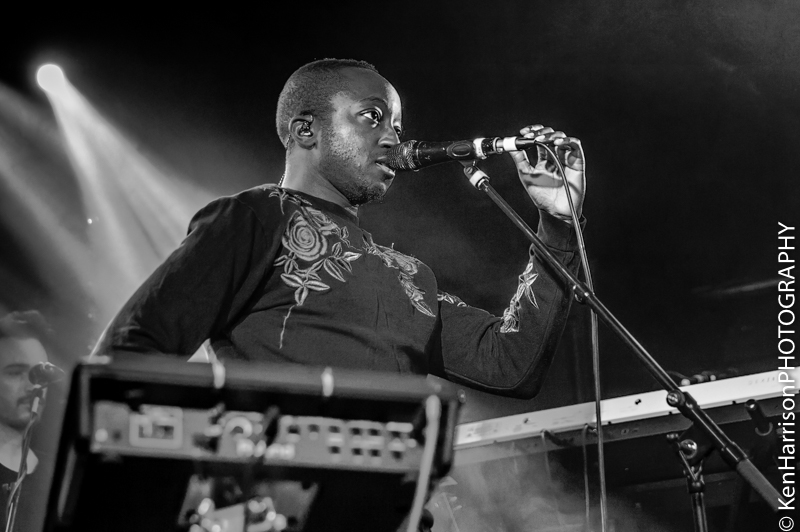 Zimbabwe born Rationale, (from Harare) relocated to London aged 9 with his family and settled in Hackney following a short stay in Camberwell. Growing up, Rationale learned to play the guitar as music began to define his future path. His first releases in 2010 (a couple of EP’s, a few singles and the album ‘Saved’ under the name ‘Tinashe’) didn’t have great success, so Rationale took a break from singing and moved into songwriting a music production and working with producer Mark Crew (who’s credits include Bastille, Rag ’n’ Bone Man, etc) and writing songs for Rag ’n’ Bone Man and others, including songs for the Swiss version of ‘The Voice’ talent spotting show. 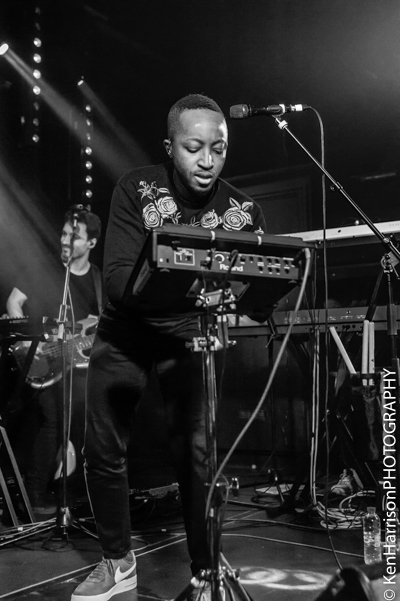 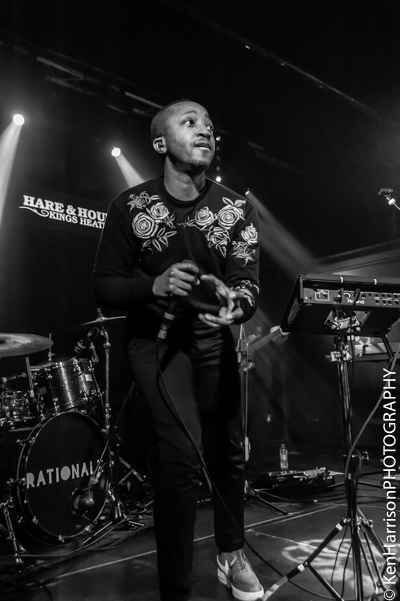 2015 saw his career relaunched as ‘Rationale’ releasing songs on streaming services Spotify and Soundcloud, and attracting the attention from the wider music industry, resulting in getting signed by the label ‘Best Laid Plans’ (owned by Bastille’s Dan Smith), various TV (Later with Jools Holland etc) festival appearances (including Festival No.6) a support slot on Bastille’s recent UK arena tour and the release of the eponymously titled album in October 2017 and a UK wide tour to support its release. 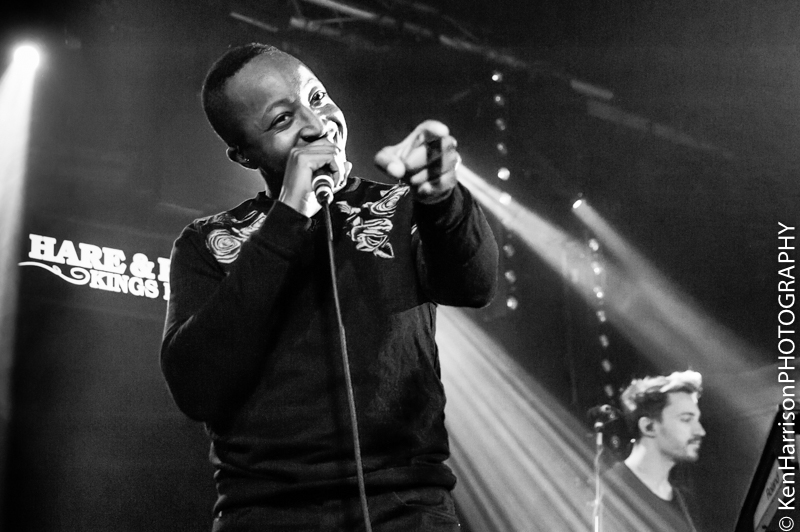 No support act this evening, as James Gillespie who was scheduled to appear cancelled his appearance at the last minute and no replacement was available at short notice. Just before 9:00 the band made their way through the crowd (the ‘Hare’ is a small venue with few of the trappings of larger venues) to the stage and set up ready to go. Rationale appeared in the crowd shortly afterwards and made his way onto the stage. 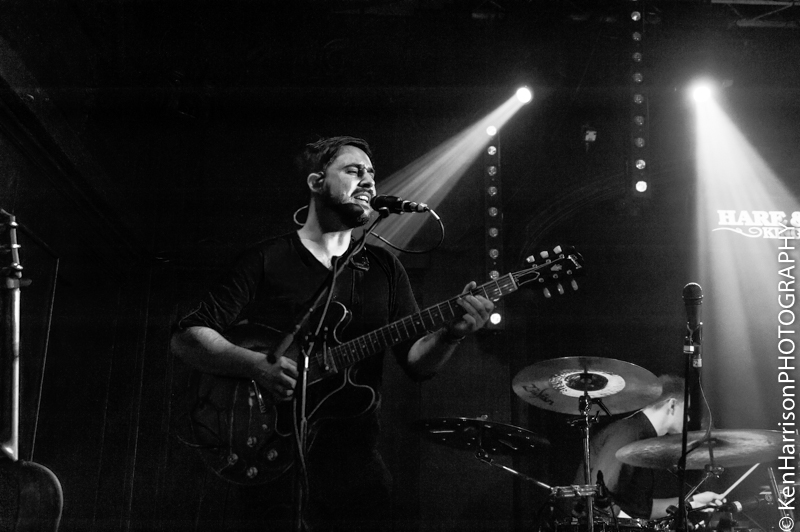 Opening the set with ‘Fuel To The Fire’ Rationale’s vocal shows no sign of the recent problems and his voice is sweet and soulful, somewhat reminiscent of Youssou N’Dour, but of a quality all of its own. In this small, intimate gig his vocals fill the room. Something For Nothing’, ‘Vessels’ and ‘Tethered’ follow and the audience wave their arms along with him. A warm and engaging character, clearly enjoying his time on stage, smiling and making contact with his audience. And he’s got the moves too, as he grooves his way through the set. 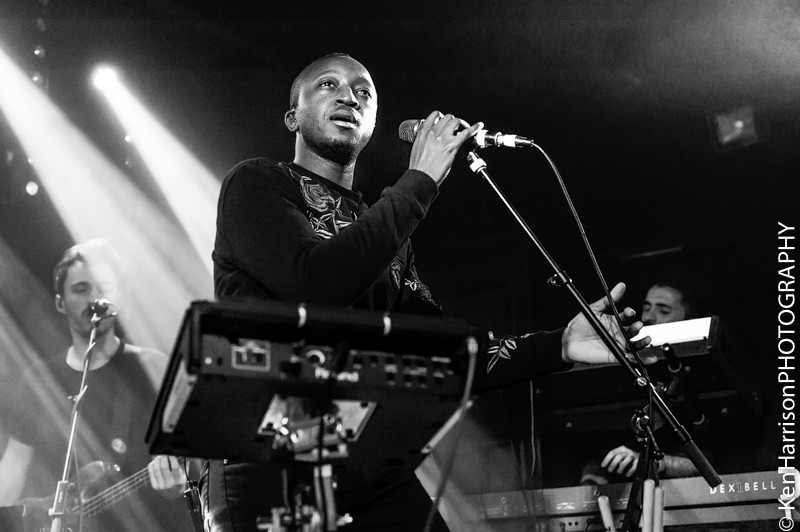 Between songs Rationale addresses the audience about the recent cancellation recounting his decision not to perform and writing the message (which came out on social media channels from the man himself) was ‘the worst thing’ he’d ever had to do. This wasn’t just words, you could feel the genuine sorrow for not being able to perform. ’12 people dropped out’ of the rescheduled gig, and some shout from the crowd came back ‘Tw**s’, which was a bit harsh, but those that took a refund were certainly missing out on an occasion. ‘For some people, this is just a job’, but with Rationale, it goes a lot deeper. 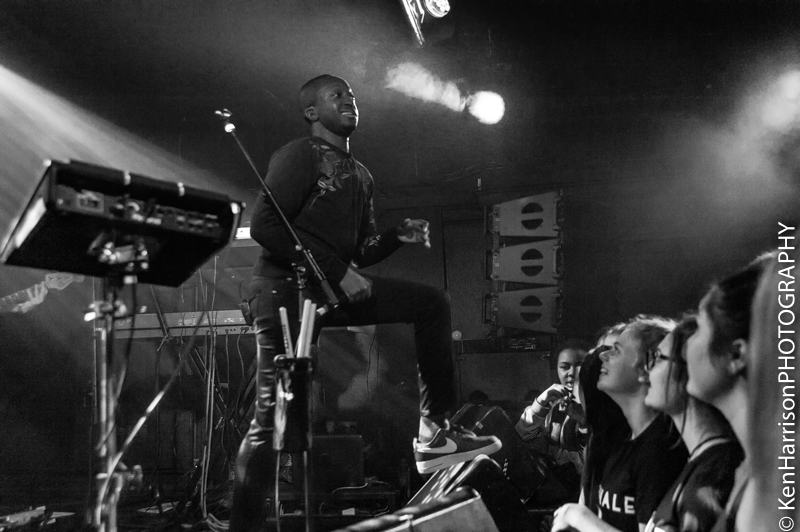 “You know how to sing.. right?" as we get back to the set and ‘Re Up’.. as the first line plays, the audience sing it back to big smiles from Rationale as he moves to his effects pad. Into ‘Losing Sleep’ and Rationale leads the crowd with some hand claps while the guitarists in
the band beat their guitars with the fists to really pound out the beat. ‘If you have alighter, put it on now’ as ‘Deliverance’ is sung in the light of a hundred phone torches.. not many lighters about these days, obviously. Rationale bends down towards an audience member and sings to her, I think she’s still there in the venue in a melted pool on the floor. 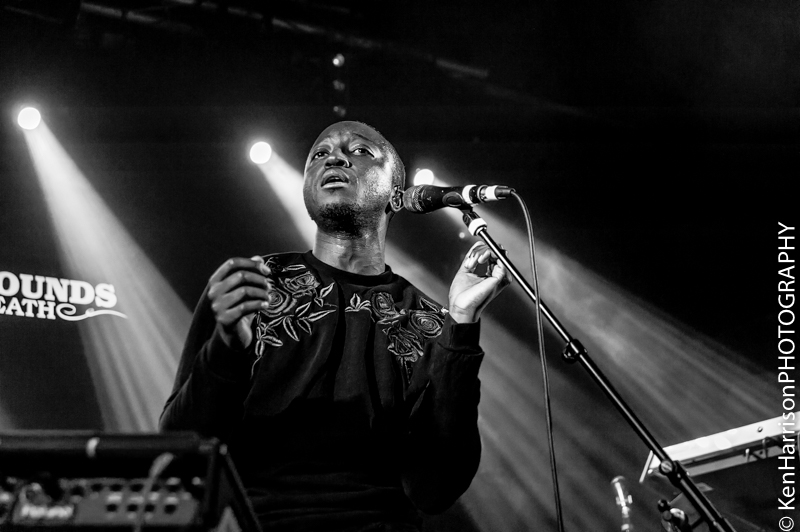 "If you know this one, sing along" and of course, they all do as ‘Somewhere To Belong’ slows the pace down. Stopping briefly to tie a shoelace, "Birmingham, put your hands up!" and some more waving ensues as we get ‘Prodigal Son’ followed by ‘Oil & Water’. "Are you ready for a bit of a dance?", then get your hands up high for the next thirty seconds and do exactly what I do’ for ‘Reciprocate’ as the tempo increases again.. the audience are certainly reciprocating well this evening. 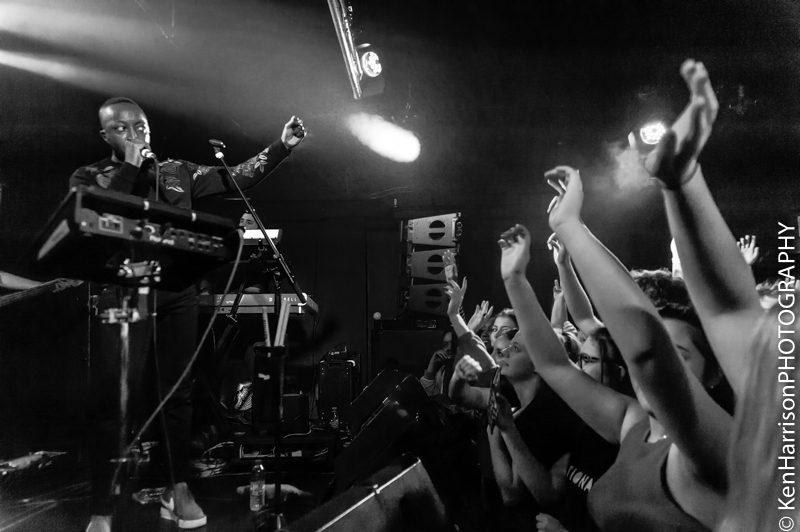 Addressing the crowd again Rationale tells us that this is ‘the last song of the set’ and briefly talks about his life in the UK as an immigrant family where his mother "worked her backside off" and growing up here has "given me everything I hold dear, and I’ll be damned if someone tries to tell me I’m not part of it!" The audience sing along to ‘Fast Lane’ whilst Rationale gets down with a few more moves. 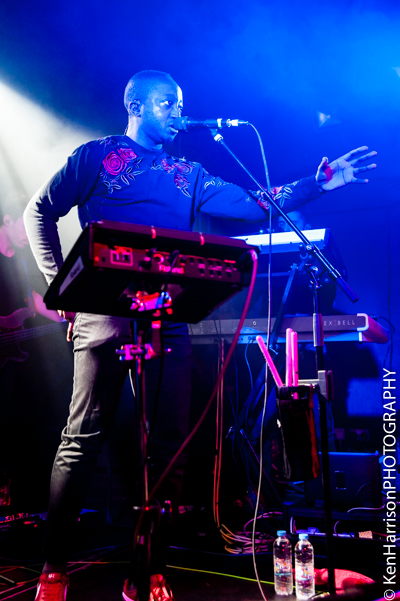 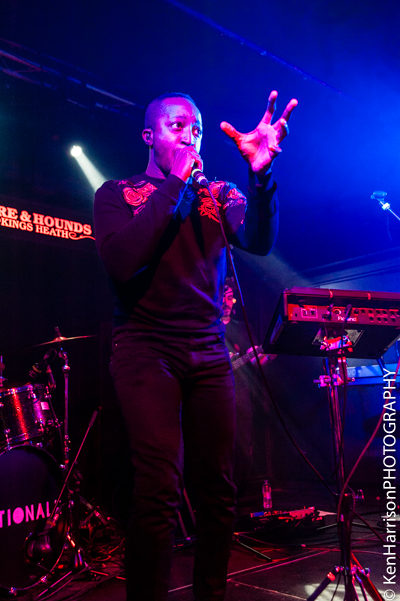 "You guys have been fantastic…Have you had a good time?" a resounding cheer comes back from the crowd "One more song?… Do what I do" as the band raise their arms and give applause as the set closes with ‘Loving Life’. With a ‘Birmingham City.. thank you so much!’ Rationale leaves the stage and goes back through the crowd arms outstretched to make contact with the crowd. 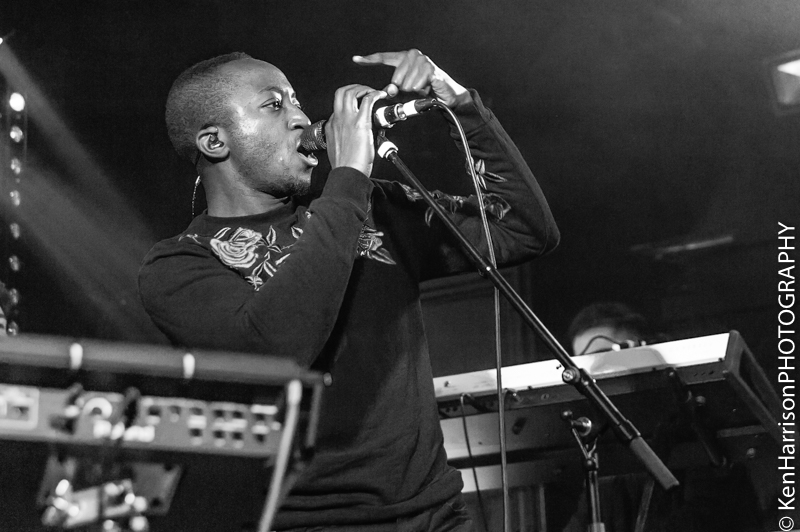 The band have only been on stage for an hour, a short set, but a very sweet and intimate one. Rationale have great songs, a tight band and a superb vocalist in Tinashe and they deserve to play to much larger crowds. The tour with Bastille last year, and the forthcoming Rag ’n’ Bone Man tour will undoubtedly open them up to a wider audience and greater mainstream success.