Originally published at www.gigjunkies.com
Following on from the inaugural The Seventh Wave Festival of electronic music late in 2016, Festival No.2 took place over 4 days and a series of events celebrating classic and contemporary electronica. Over the weekend a procession of artists performed, talked, and taught fans of electronic music here in Birmingham. 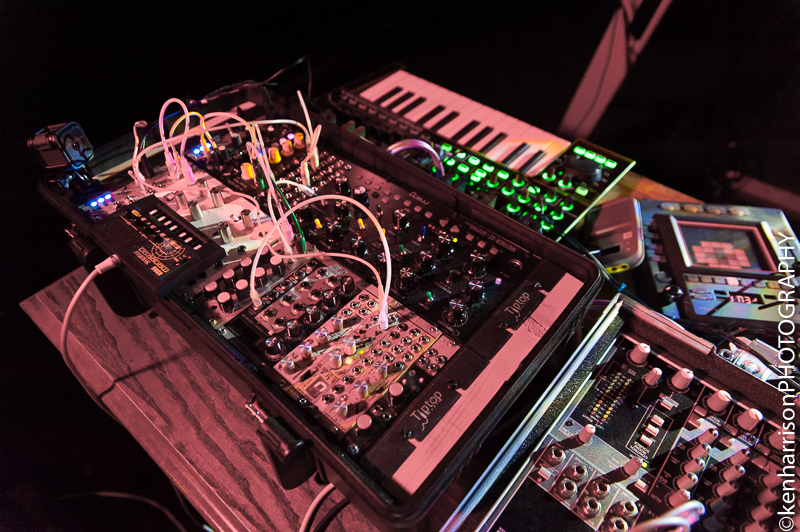 Friday night’s proceedings at The Flapper kick off with Ten:Ten; who appears on stage unannounced, and begins to play a half hour set of ambient music accompanied by visuals. Fairly well received by the crowd, although a few of the ‘synthpoppers’ in the crowd preferred their music a little more upbeat. 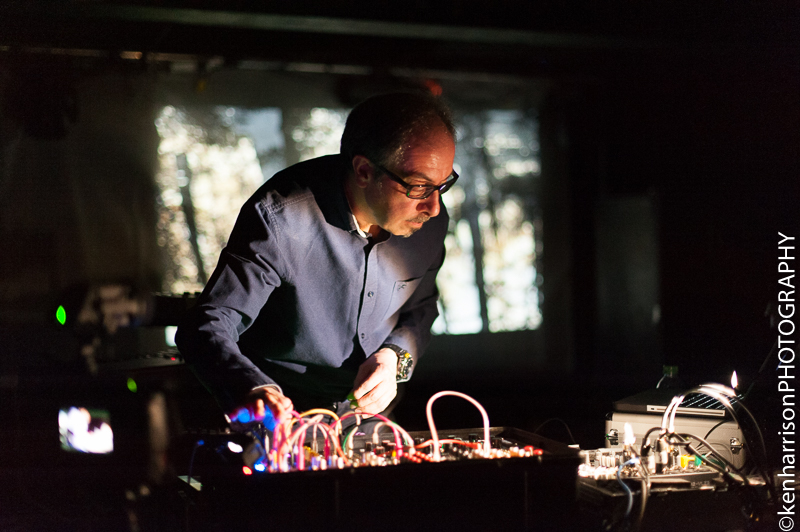 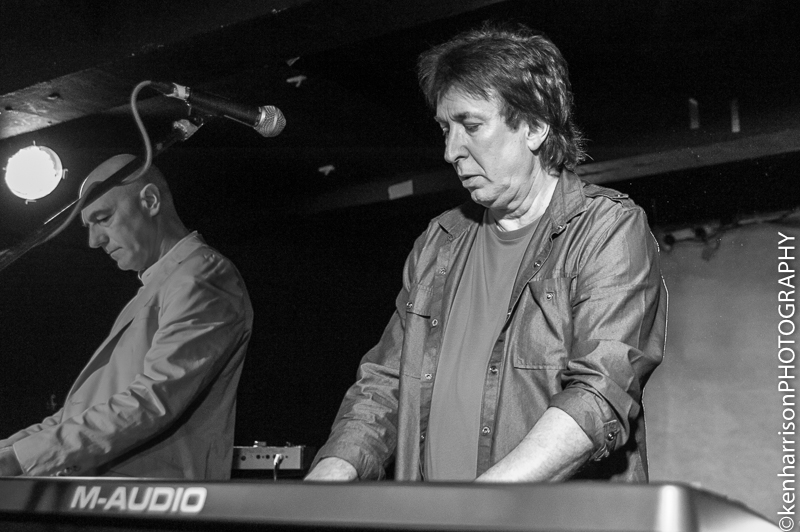 Chris Payne, was notably part of Gary Numan’s backing band in the early part of his solo career, co-writer of Visage’s ‘Fade To Grey’ (which developed from some early work with Ultravox’ Billy Currie during downtime on the Numan tour). Later forming ‘Dramatis’ with Russell Bell and Cedric Sharpley (also from Numan’s backing band) releasing an album and a few singles. The Electronic Circus was an early band founded by Payne around 1980, and recently resurrected for his latest performances. 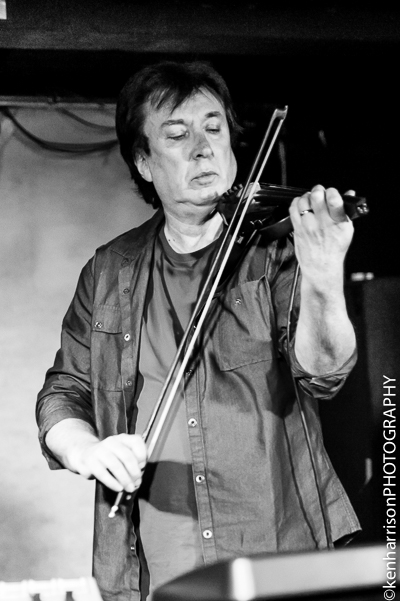 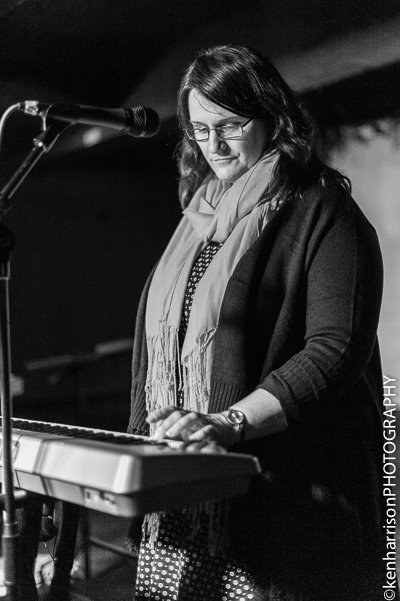 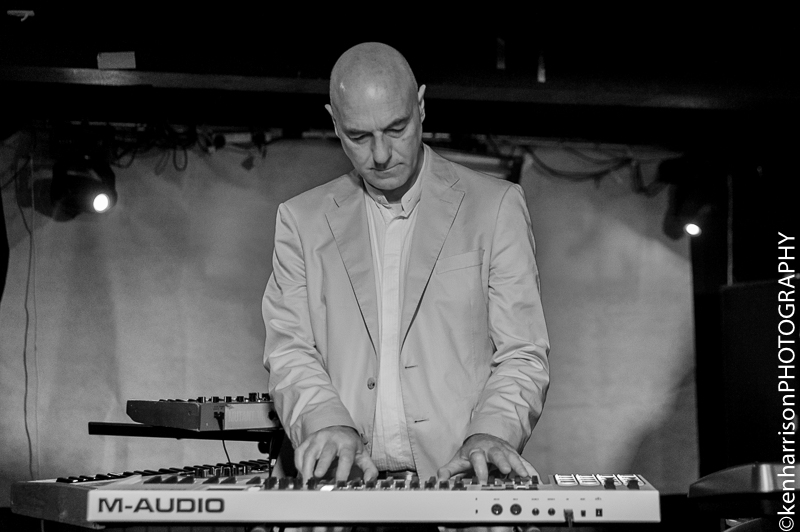 Payne is joined on stage by Vocalist/Keyboardist (and wife) Dominique Hemard and Mike Stewart (keyboards) for a 50 minute set of electronics starting with ‘Roundabout’ an early Electronic Circus track and including ‘Fade To Grey’ (Visage)  and “The track that started it all” ‘Direct Lines’. At the end of the set, there's time for “just one more, but we don't have enough material” so ‘Roundabout’ gets a repeat to bookend their set. Given Payne’s involvement with Numan, Visage and other solo work, this seemed to be an odd way to end their set, as both of these bands produced classic electronic tracks that still get airplay today, and would certainly have been relished by the audience. 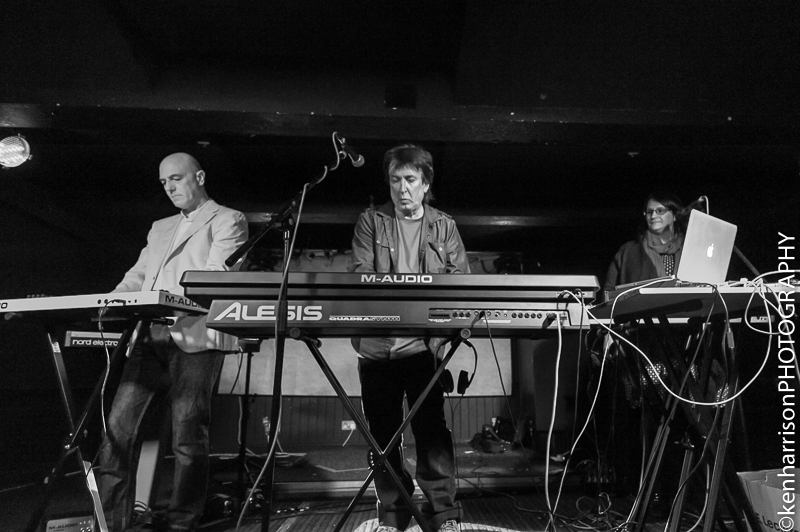 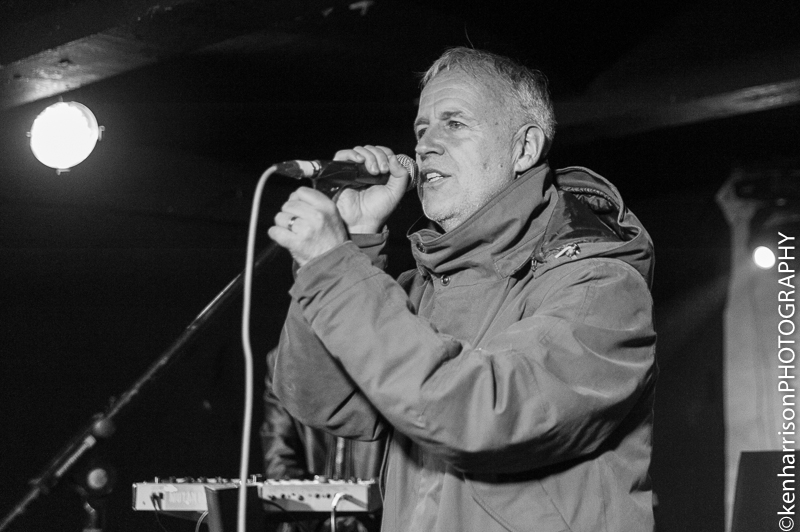 Peter Coyle formerly of The Lotus Eaters came to prominence with ‘The First Picture Of You’ back  in 1983; a beautiful song with Coyle’s distinctive vocal far removed from anything around at the time. Coyle and fellow band member Jem Kelly, disbanded in 1985 following the release of ‘It Hurts’ although have recently reformed for one-off performances such as Rewind. 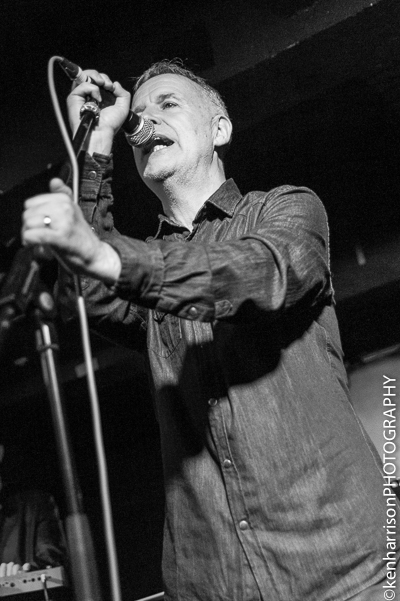 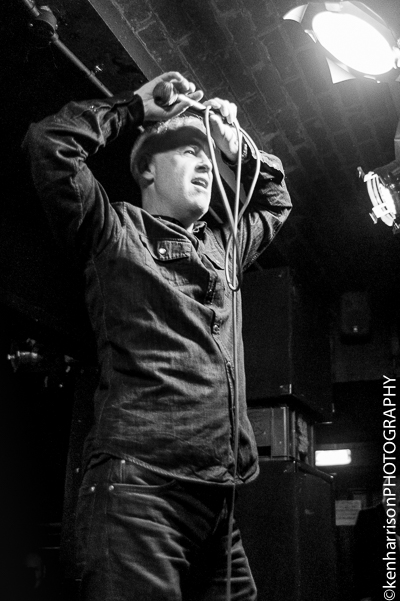 Coyle is a prolific solo artist and regularly (monthly) releases songs through Soundcloud. Coyle performs tonight with Jack Hymers (keyboards) described by Coyle as “The Lovely Jack” The crowd have dissipated somewhat after Payne’s set,(hitting the bar upstairs) and Coyle is eagerly standing on stage waiting to start his set. After each song, Coyle gets ready, and then the DJ plays another one, and you can feel his need to perform and the pent up energy coiled and waiting to spring. 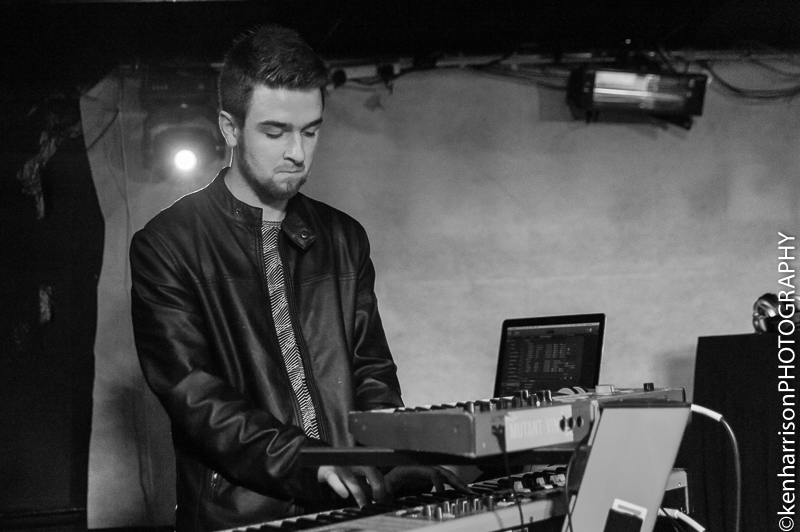 Finally the DJ stops and Coyle performs a set of Lotus Eaters and Solo tracks including ‘First Picture Of You’ ‘Couldnt Keep a Secret’ his vocal still as sweet as ever, leaning out into the audience with the microphone to capture the audience singing along with him. ‘Can Your Kisses Fly’ is a gorgeous track, one I’ve not heard before and ‘German Girl’ closes the set, well almost…,as Coyle repeats ‘First Picture of You’ to close his hour long set. Coyle appreciates his audience and clearly loves that he can perform to such a receptive group. Coyle has a new album coming out in May, go and check it out. 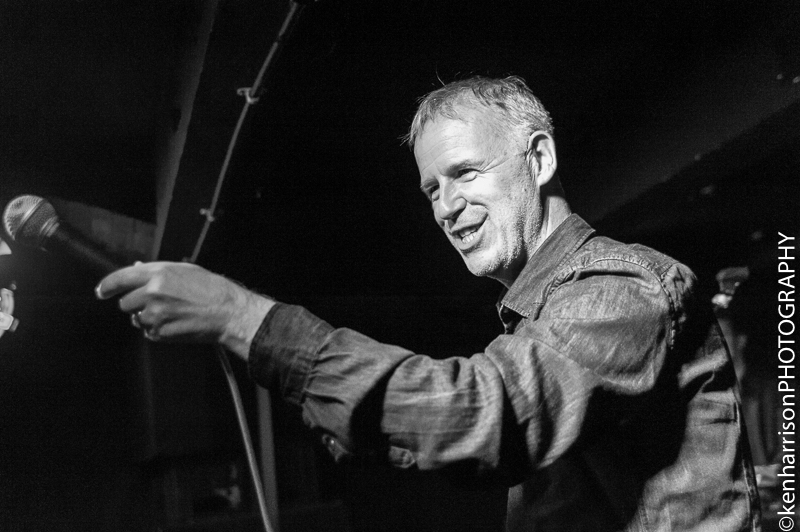 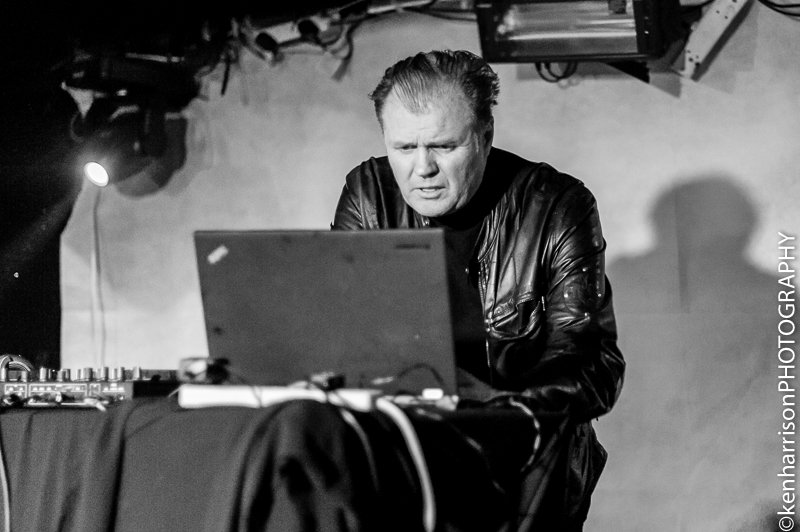 Closing another night of great electronic music Rusty Egan plays a two hour DJ set, including classic synth tracks and new tracks from his album ‘Welcome To The Dancefloor’. Egan even leaves the desk at one stage for a dance with one of the audience. Egan gets heckled by Chris Payne for claiming ownership of a song that Payne contributed too, but all in good humour. 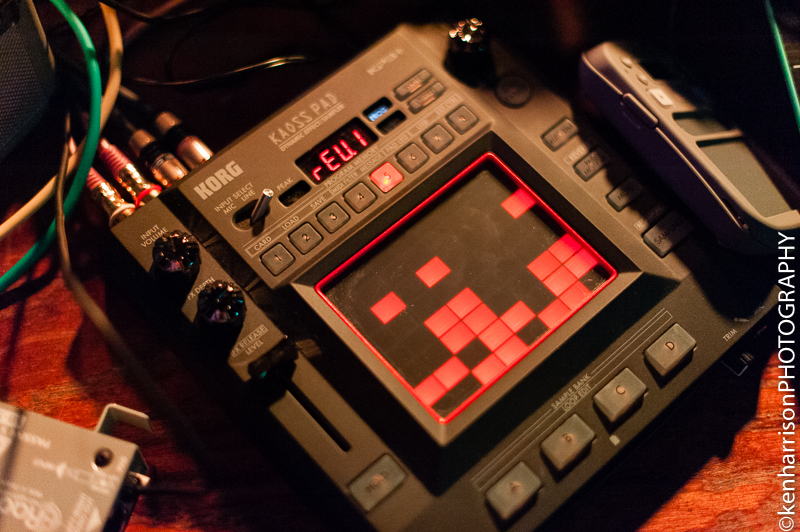 Seventh Wave – Festival of Electronic Music: Number 3 will be coming in July with an appearance from Thomas Dolby. Go and ride The Seventh Wave
Next
Previous