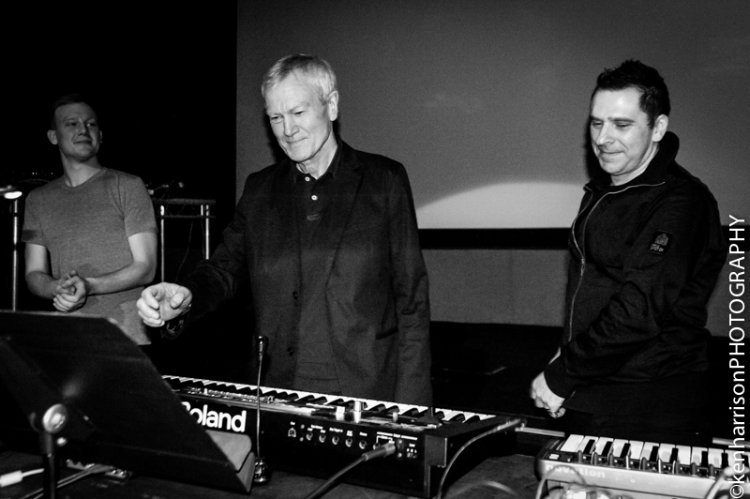 I’m in the Capital at the British Film Institute (BFI) on Southbank. The BFI is running a programme of Sci-Fi based events which started on 20th October and runs until 31st December. With three sci-fi based themes (Tomorrow’s World, Altered States and Contact!) a range of film, art and live music events linking in are arranged as part of BFI Southbank’s regular film/music event “Sonic Cinema”. During the sci-fi season, artists such as DJ Yoda, and Radiophonic Workshop will be appearing a series of special Sci-Fi themed live performances. The programme for this evening brings a range of audio/visual and film performances from a range of artists. Stuart Brown of the BFI introduces each act in turn to the full theatre. 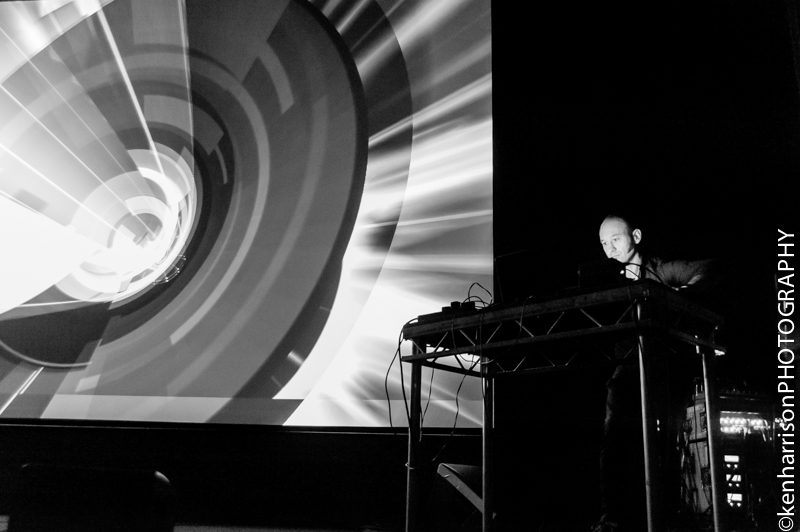 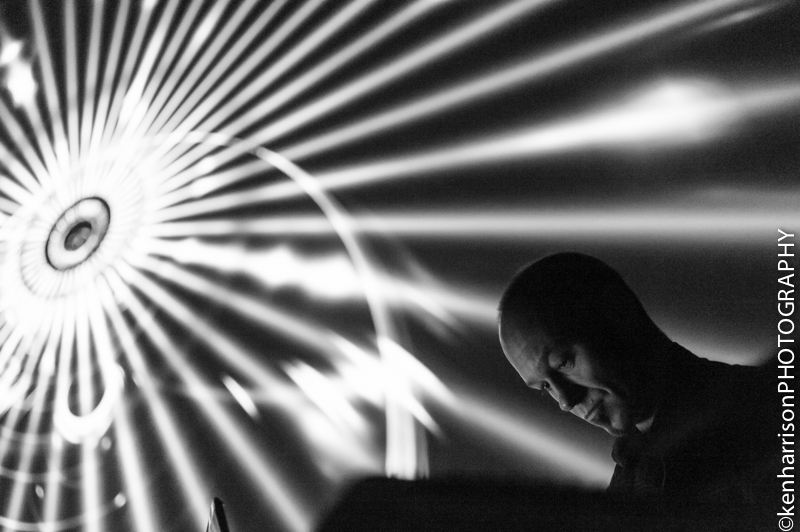 First up is Paul Prudence, an audio-visual artist whose site biog describes him as “a performer working with algorithmic and generative environments. His work focuses on the ways in which sound, space and form can be cross-wired to create live-cinematic visual-music experiences. Prudence performs “Cyclotone II” a mesmerizing and hypnotic, immersive audio-visual experience, with Prudence at the controls with powerful sounds booming out through the sound system driving an ever contorting, rotating and shifting set of circles projected on the theatre screen. 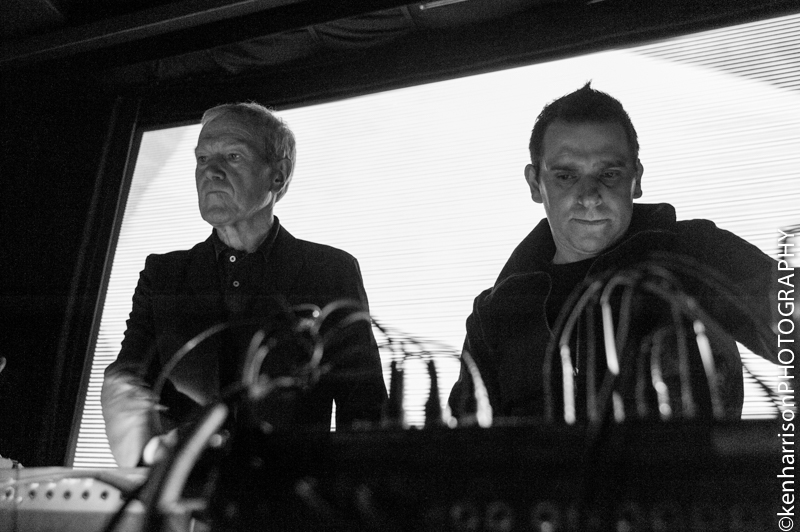 John Foxx, founder member of Ultravox! in 1974, has, since his departure from the band in 1979, been a solo artist starting out with the release of Metamatic in 1980. Early 1980’s chart success soon faded and after five albums (including a collaboration with Anne Clarke), Foxx stepped away from the limelight until his return to the fray in 1997, bouncing back with 2 albums “Cathedral Oceans” and “Shifting City” the latter, a collaboration with Louis Gordon.  Since 1980 Foxx has released over 40 albums, not including the various compilations, live recordings and reissues.  Since his return John Foxx has become a prolific artist, releasing over 20 albums of material, some solo and some in collaboration with artists such as Harold Budd, The Belbury Circle, Jori Hulkonnen, Steve Jansen (Japan), Robin Guthrie (Cocteau Twins) and many more besides. 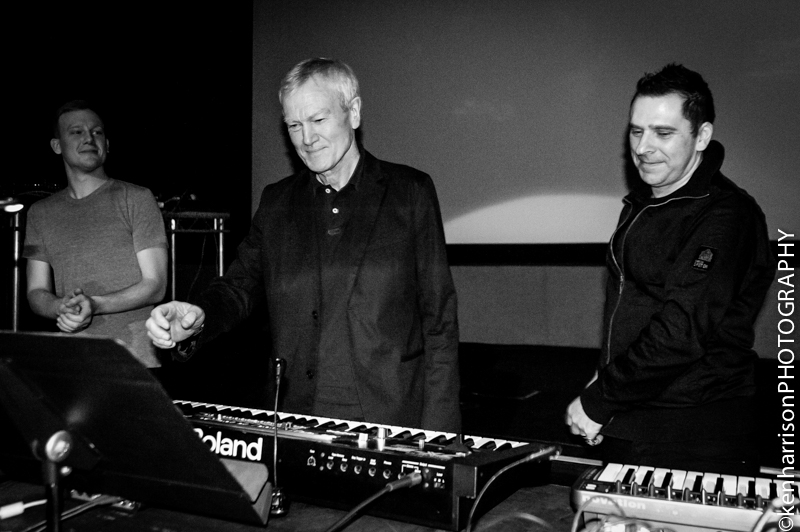 The John Foxx element of tonight’s proceedings is the world premiere of Foxx’s latest album “Evidence Of Time Travel” produced with long-time collaborator Steve D’Agostino. John Leigh aka Karborn provides the visuals to accompany the performance. Foxx’s website “Metamatic.com” describes the album as: “A unique investigation of the terrors and pleasures of temporal displacement, Evidence Of Time Travel combines the sinister sonic architecture of Foxx and D'Agostino with Karborn's haunting visuals.

With Foxx, D’Agostino and Karborn positioned in front of the stage, right under the noses of the front row (and no room to squeeze through for photographs) of the sold out crowd the lights go down and Foxx and D’Agostino perform the full album with Karborn’s visuals projected on the screen. This is an instrumental album, and the performance reflects this: album, no vocals, no interaction with the audience, only the sound of the music and the accompanying lo-fi effect visuals. This is a piece to listen to and observe, rather than dance.

The three are in almost complete darkness, with only small LED lights mounted over the instruments to illuminate the various controls. At times D’Agostino appears to be struggling, using his hands to shape the light sufficiently to see his way around the instruments. The sound is instantly recognisable as classic Foxx; at times bassy, dark and fearful and sequenced with samples of earlier Foxx material (e.g. Film One). Karborn’s visuals are as dark and scary as the music. 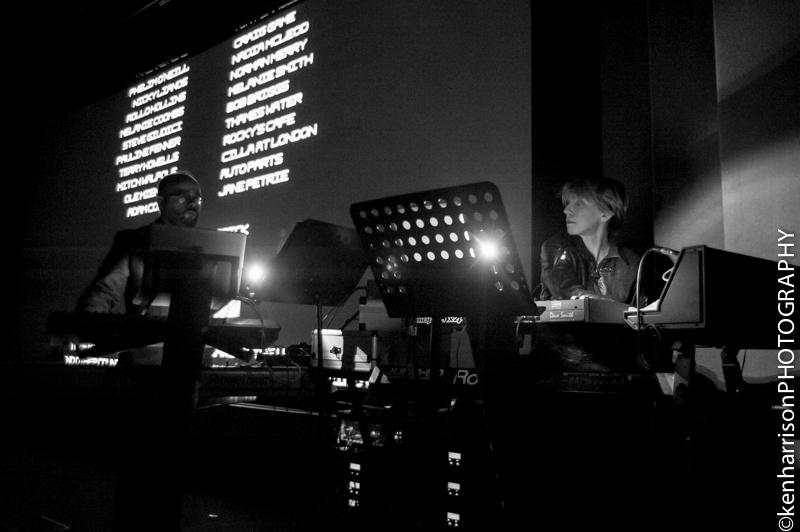 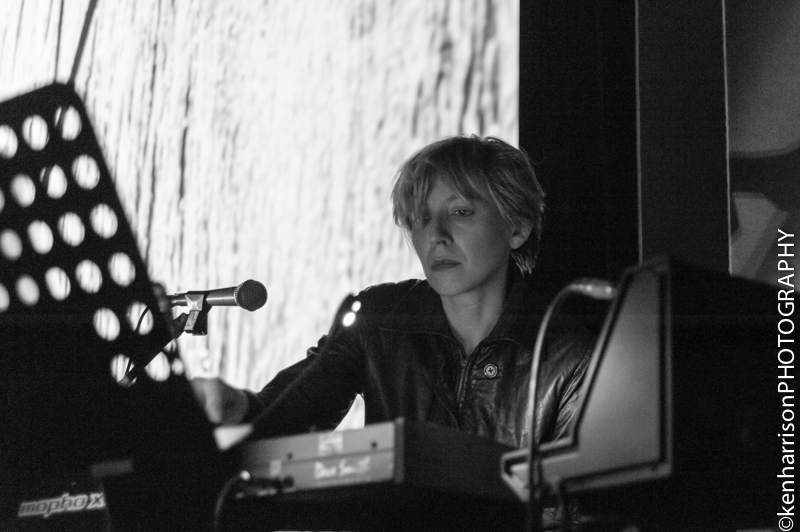 Next is Charlotte Hatherley with “The Last Man”, her debut film score for a short sci-fi written and directed by Gavin Rothery (who worked on the visuals on Duncan Jones’ movie “Moon”) which is being shown with the dramatic synth-based score being performed live by Hatherley and Rhodri Marsden. The movie is a “post-apocalyptic” film which follows a lone soldier waking up from hibernation and his journey through a desolate wasteland, searching for signs of life. 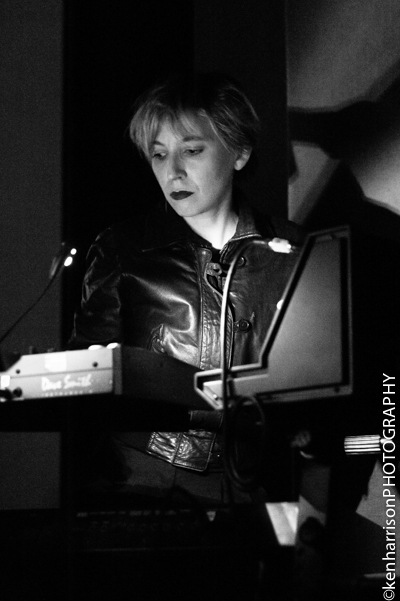 Hatherley came to prominence when she joined Ash on guitar and vocal duties, but following three albums and numerous collaborations and touring performances, Hatherley is now working on “Sylver Tongue” with a more keyboard oriented sound and with an album scheduled for release early in 2015. 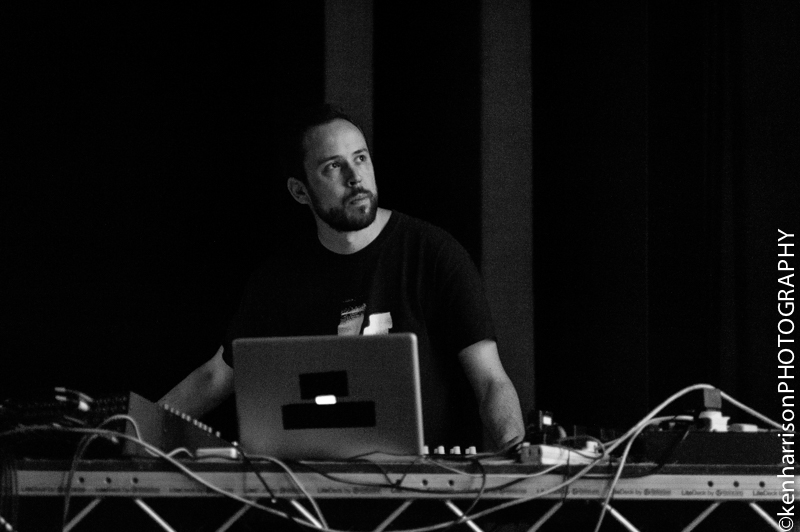 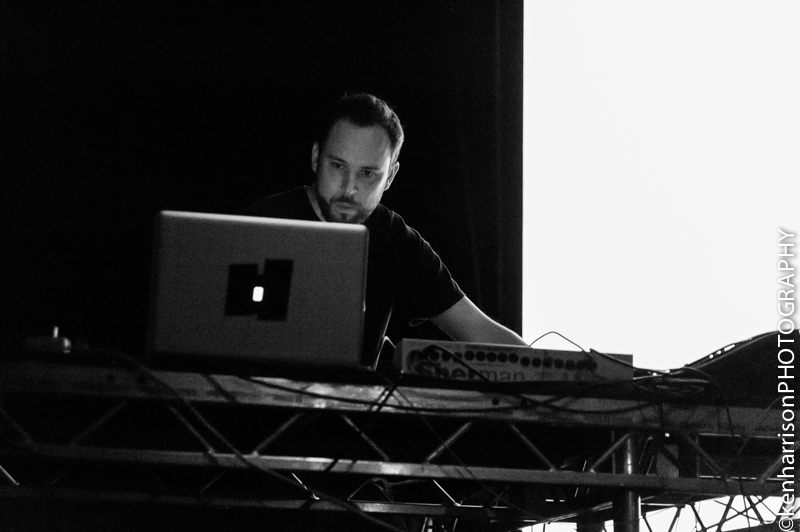 The final performance for the evening is another live score, this time for the world premiere of an animated feature length 1988 movie “Gandahar” directed by surrealist René Laloux. Roly Porter, originally part of the the post rave electronica duo, Vex’d has since 2010 moved into science fiction with his music.

Over the course of the evening the four artists have performed a great mix of audio and visual material, taking images, movie and animation and wrapping live music around it to make a set of full performances, which the audiences enjoyed, given the level of applause during the various shows. The BFI has another month of such events in this Sci-Fi season and I’ll certainly be heading back down to Southbank to enjoy more sci-fi experiences before the end of the season. If you can’t get down to London before Christmas and need a sci-fi fix, Stanley Kubrick’s 2001: A Space Odyssey and Ridley Scott’s, Bladerunner: The Final Cut are getting pre-Christmas screenings at The Electric Cinema in Birmingham.

01. The Forbidden Experiment
02. Evidence Of Time Travel
03. Who Can Resist A Twisted Kiss
04. Rhapsody In Flames
05. A Blurred Line Of Fiction
06. Impenetrable Inevitable
07. Surgical Precision
08. The Tearing Sound Of Smiling
09. Momentary Miracles
10. Collision Architecture
11. Empty Clothing Blows Across A Beach
Next
Previous