Going Deaf For A Living with BBC 6Music's Steve Lamacq

Steve Lamacq (BBC 6Music), lifts the lid on Rock’n’Roll at Birmingham’s Glee Club in an evening of anecdotes and observations on his life and a 30 year career in music media. ‘Going Deaf For A Living’ takes you on an adventurous journey (often hilarious, sometimes sombre and with occasional violence!) through music culture from the mid 70’s to the current day. 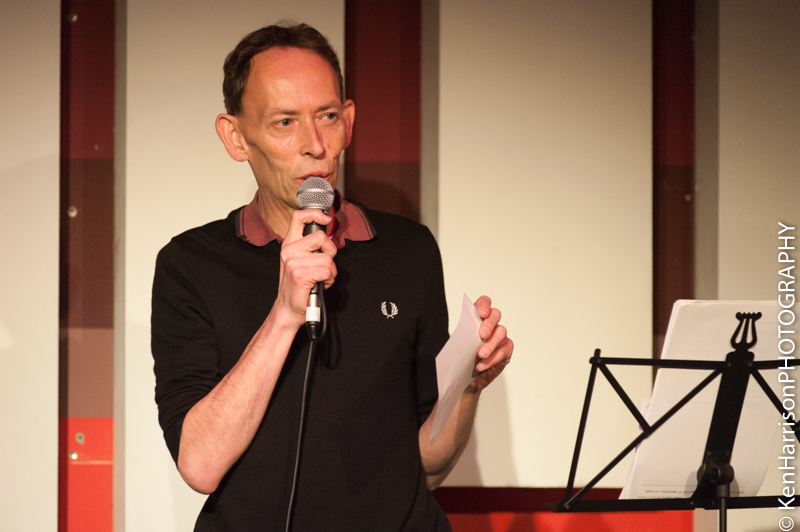 Steve Lamacq (also known as ‘Lammo’ being christened by the late John Peel) started his career as a sports journalist for a local Essex rag, then writing music fanzines whilst attending so many gigs, that the editor of the NME (New Musical Express) had no choice but to recruit him as a Sub-Editor to write for the magazine. ‘This is in the proper days when there were words and pictures’. Moving from the NME via his own record label, Pirate Radio and Club DJ work, to Radio 1 in 1993 at the point where ‘Britpop’ exploded, Lammo and fellow Evening Session presenter Jo Whiley, were well placed to support and promote the breakthrough acts of the day, whilst securing their own place reporting and commenting upon popular culture. Leaving Radio 1 for BBC 6Music, Lammo is a well established (and Sony Lifetime Achievement Award Holder) presenter on the late afternoon ‘Drivetime’ show.

‘Going Deaf For A Living’ is the title of his 2000 memoir (now out of print, but commanding good prices on Amazon) published by BBC Books, which talks about his life and career in the industry. This evening’s show sees Lammo bringing some sharp commentary and observations on his life in the music ‘biz’. As the audience arrive, on each seat is a brief questionnaire, in a similar vein to his ‘Good Day, Bad Day’ slot on his afternoon show. Lammo is interested in getting a feel for the audience by asking about the first single bought and why, the best gig you’ve attended and why, and any general questions you may want to ask (if time allows). 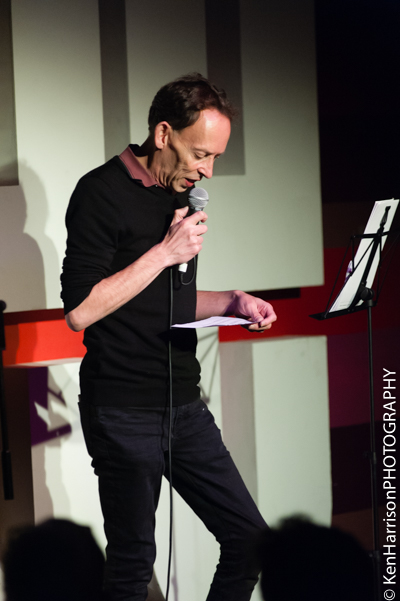 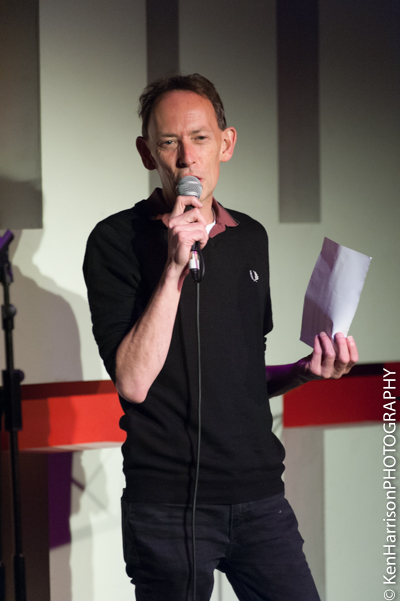 The first session opens up with a jokey voiceover from fellow BBC 6Music host (of the Breakfast Show) Shawn W. Keaveney, as Lammo arrives on stage. Looking pretty relaxed, with a glass of beer and his notes, he opens up proceedings with the questionnaires and picks a few ‘first singles’ to talk about and engage with the audience. Moving on, Lammo talks about his early years, his first single, ’Tiger Feet’ by Mud.. (that’s neat I thought!) In the same week of that single release, David Bowie, Roxy Music and a host of other bands release tracks.

Lammo picked the underdog, which is seemingly prescient of his later music taste and promotion of unsigned talent. His time at the NME is recalled as a series anecdotes of interviews (with Nirvana of particular note), scathing reviews of records (and the confrontation with the subject of one such review) ,of bad tempered outbursts, personal injury and his own staff getting their own back and running away on tour with various bands. Taking the audience through the various swings of popular culture with Madchester, Grunge, Britpop, Nu Metal, Lammo ends the first half with a riotous interview with the Gallagher brothers (Oasis’ Liam & Noel) and a hilarious anecdote about a bottle of champagne. 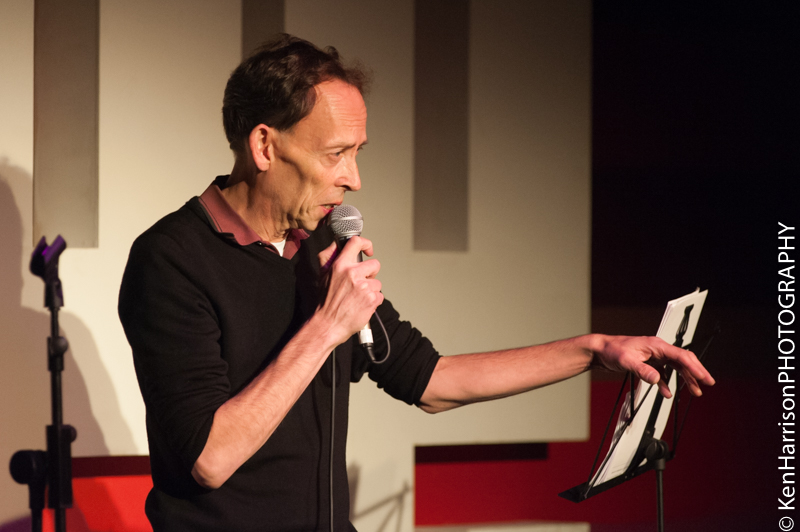 The second half opens with some Birmingham anecdotes and his unorthodox entrance into a Birmingham hotel after being on the road for a few days with Mega City Four. The questionnaires reappear, and Lammo is picking up on favourite gigs, and reads one response from the audience leaving a family holiday in Wales to head to a festival only a few days after having a gall bladder removed. ‘Now THAT’S dedication to the cause’.

Lammo continues and the anecdotes come thick and fast, recounting experiences backstage at music biz parties and gigs with artists, colleagues and other industry people, the loss of the evening session at Radio 1, and the threatened closure of BBC 6Music, and the mass listener response that saved the station. Glastonbury Festival is the next target for Lammo’s attention and closes with an anecdote about the loss of direction in the industry, and the loss of his friend and colleague, the great John Peel, who was clearly the DJ’s DJ. 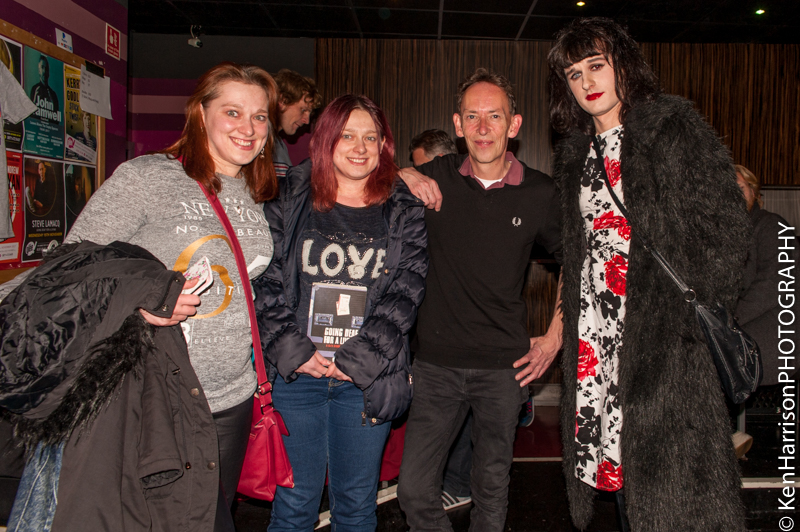 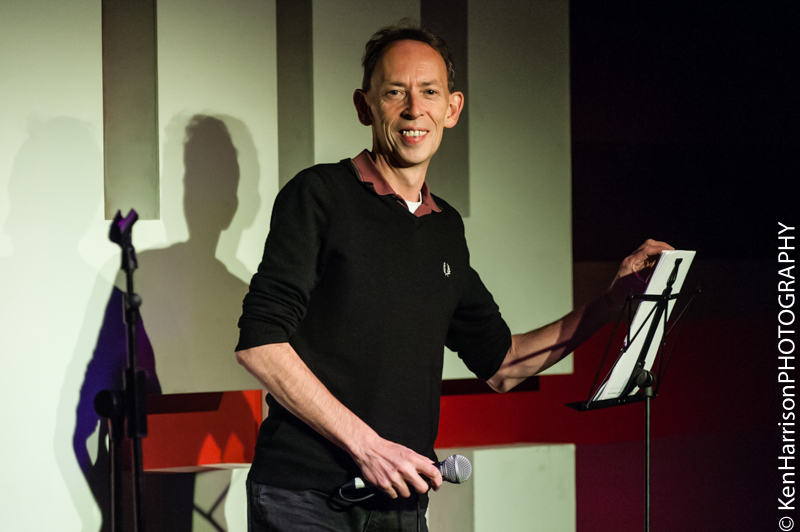 Tonight Lammo’s show was like going round to the local with your best mate for a few beers, sharing a passion for music, telling stories and having a good laugh, often at his own expense. Perfectly at home on the stage in the smaller, more intimate Glee Studio, the audience had a frank, often hilarious, but sometimes more contemplative insight into the music industry as viewed through his eyes. The tour ends in Cardiff on the 16th November, but will be appearing at Rockaway Beach at Bognor Regis, Butlins in January next year. If you can get a ticket, you’ll be in for a great night. In the meantime, Lammo continues his various shows on BBC 6Music.
Next
Previous