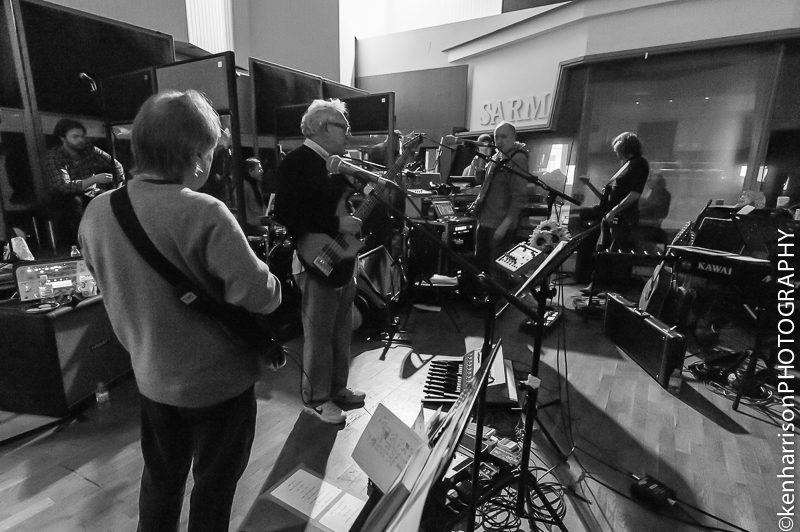 Ahead of the The Trevor Horn Band show at 02 Empire Shepherds Bush on 5th March, we lucky people at Gig Junkies were granted behind the scenes access to the final rehearsals in Studio 1 at the legendary SARM Studios in London. 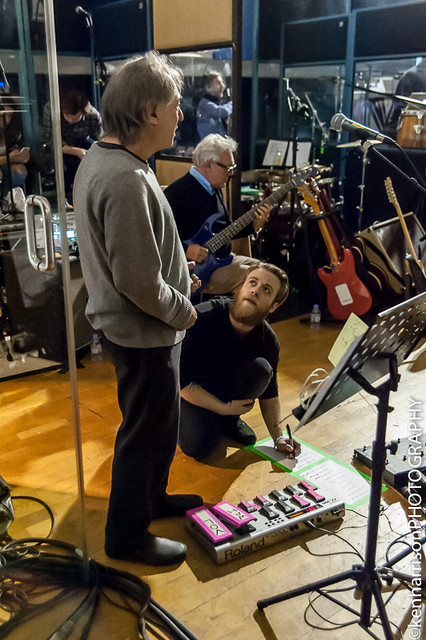 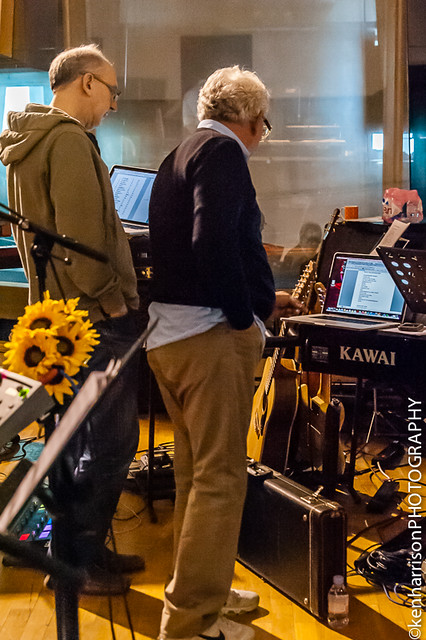 SARM, based in Basing Street, Notting Hill, London, was founded by Trevor Horn in 1982. Prior to this, the original Basing Street Studios were established by Chris Blackwell, (Island Records founder) and were also called the Island Studios and built within an old disused church. During both Blackwell’s and Horn’s ownership, anyone who is anyone in the music business has recorded here.  Band Aid’s 'Do They Know It's Christmas' was recorded here, with famously the pictures of all the artists arriving to record being taken outside.

We are taken upstairs into Studio 1, a very crowded place, with the majority of the band, engineers and technicians in there as they finish their break. The room is filled with instruments, tech, and miles of cables trail around to each artist’s gear. Mounted on Horn’s microphone stand is a controller and a bunch of Sunflower heads, a small bit of nature in amongst all the technology. 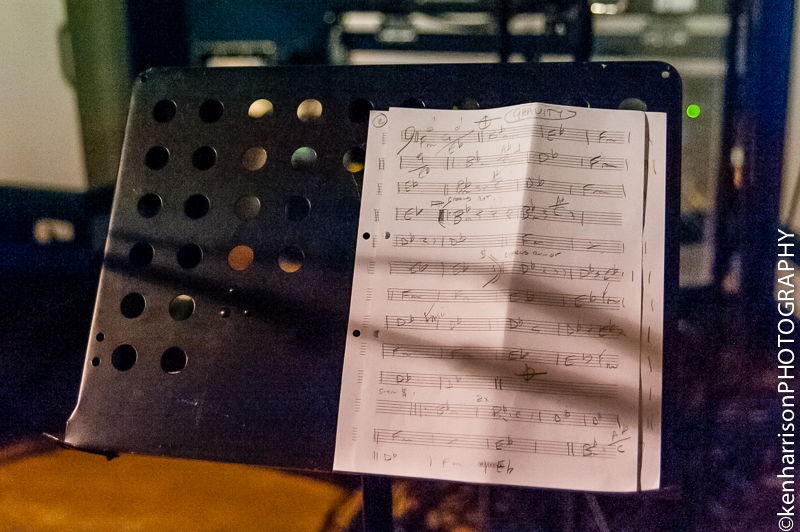 We can't disturb the rehearsals so one of the managers  (Matt) ushers us into a side room with a bank of keyboards and a pile of MacBooks sitting on top. Behind the keyboards is Geoff Downes, Asia keyboardist, and he’s waiting for his lunch. We chat briefly before lunch arrives and then Downes joins in discussions with Horn and the band members about the setlist, (and the order of). The main topic of discussion is whether Seal, one of the guest artists, will be able to perform on the night, as he’s not been well. Horn disappears into an office to rework the setlist, which is still in flux, but will be nailed down for the soundcheck at the venue on Thursday afternoon. 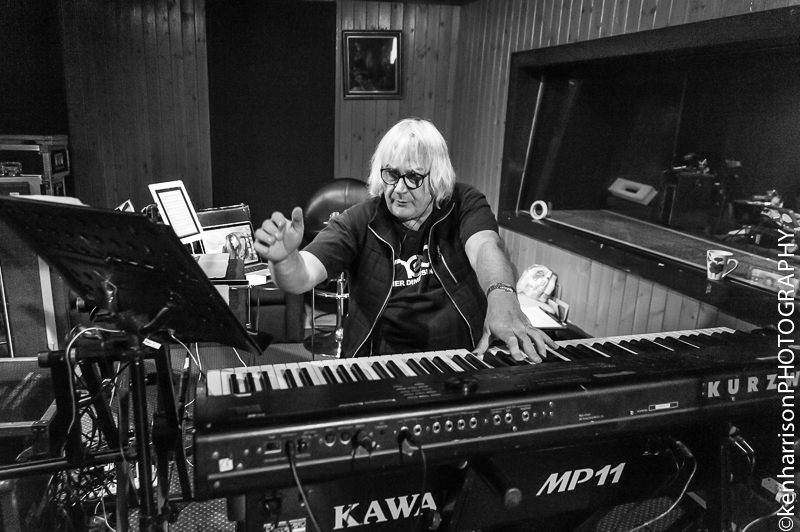 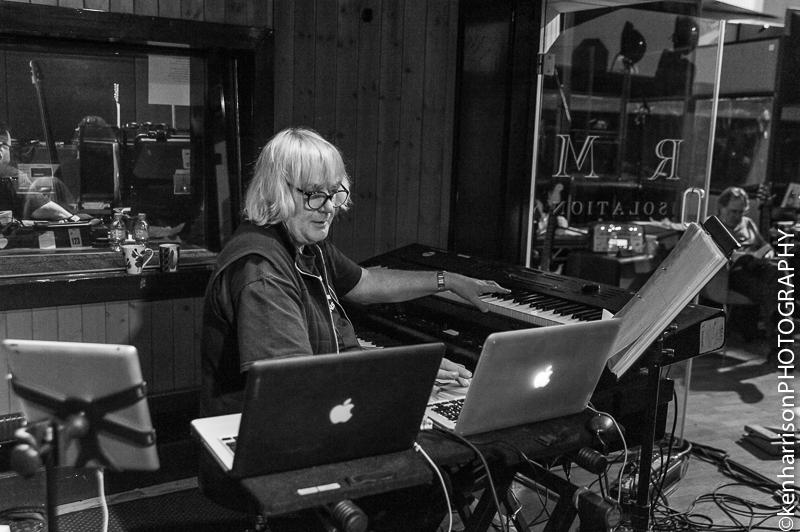 During the lull, everyone goes back to rest mode, Lol Creme (10cc), picks up his paperback and settles into his chair to read a few final pages, others pick up instruments and run through various pieces until Horn’s return when they review a few tracks for the show, and discuss some of the mechanics of the set, and finally closing the session down with one last run-through of Frankie Goes To Hollywood track, 'Welcome To The Pleasuredome.' 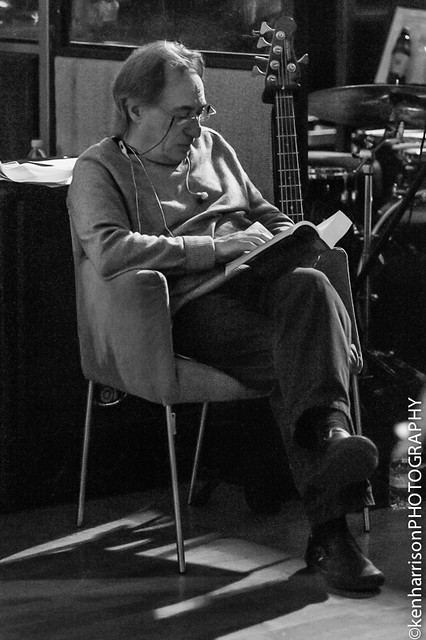 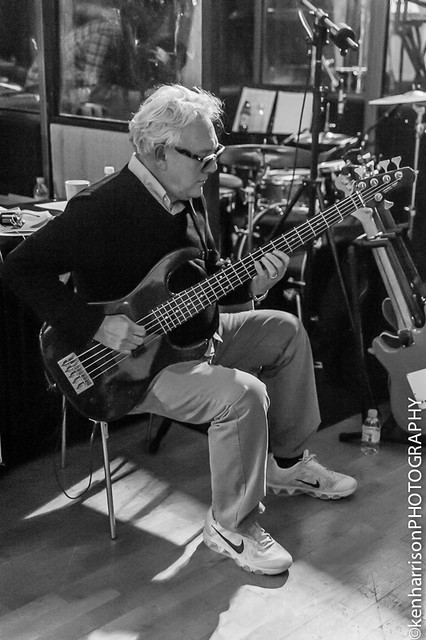 The amount of musical talent that has passed through this place over the years, Marley, Led Zepp, Queen, Genesis, the ZTT acts, so many others, and also now home to Stiff Records.  wow! This place has made musical history, and  for a prelude to a gig featuring some one the biggest names in the music business we've just had a very small peek through the window to their world. 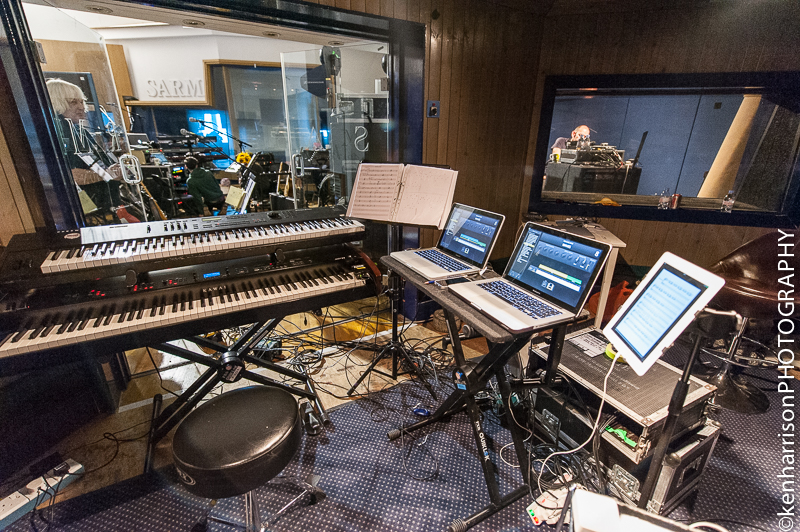 Gig Junkies would like to thank Mel Hoven, Stephen Flannery and Tim Regan for giving access to SARM Studios 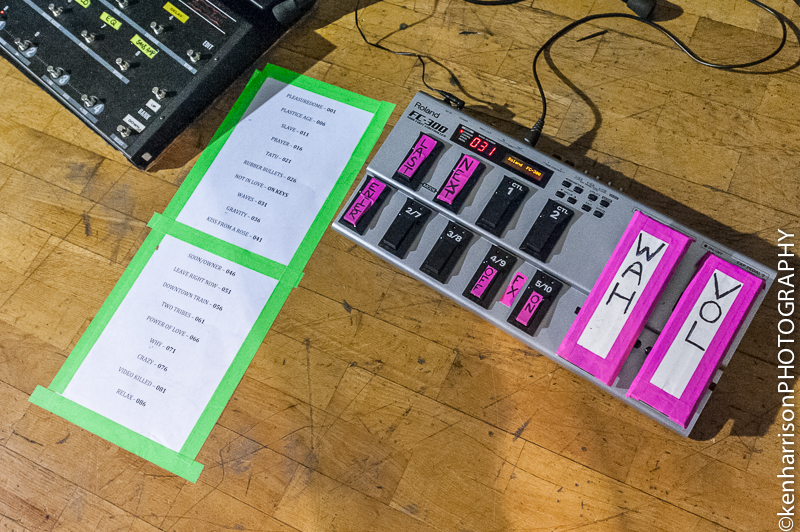