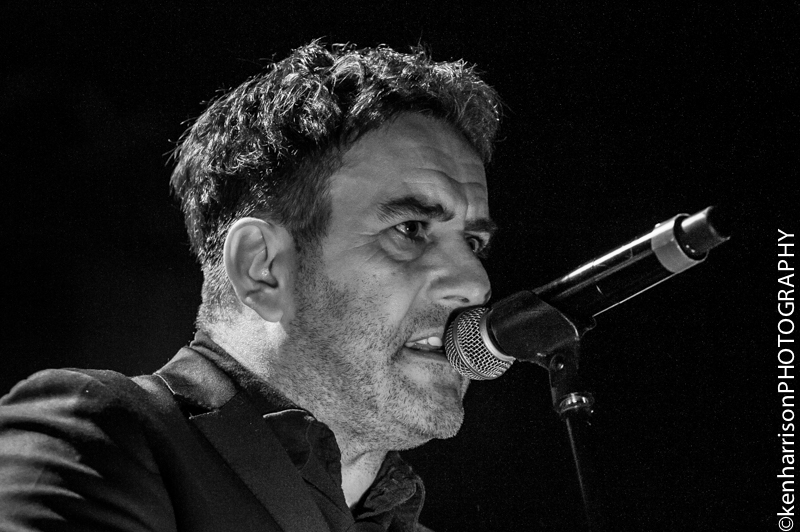 Thursday night, Civic Hall, Wolverhampton, it must be The Specials. It's cold outside, but inside The Civic, the crowd are warming up nicely for an evening of classic Two-Tone from The Specials and some Dancing with The Rude Boys. 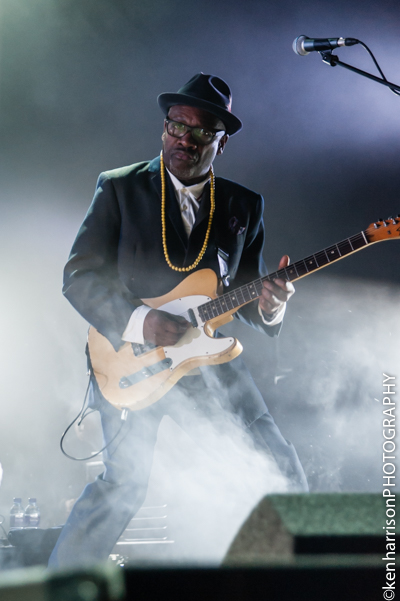 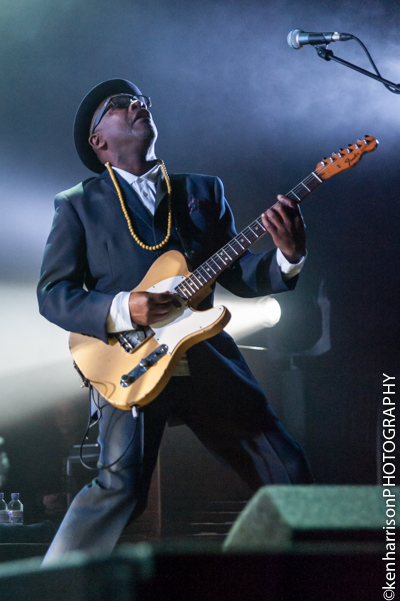 The Specials formed in Coventry in 1977, and blazed a trail through the charts between ’79 and ’81 as part of the Two-Tone movement (alongside Madness, The Beat and The Selecter et al) that brought Ska back to the forefront of pop culture and of course the fashion that went with it. The Specials split in 1981 with “Ghost Town” being their parting shot, a classic haunting song about decaying youth, unemployment, industrial decline and hit the streets at the same time as the infamous riots that plagued the country during that summer, which was awarded Single of the Year. 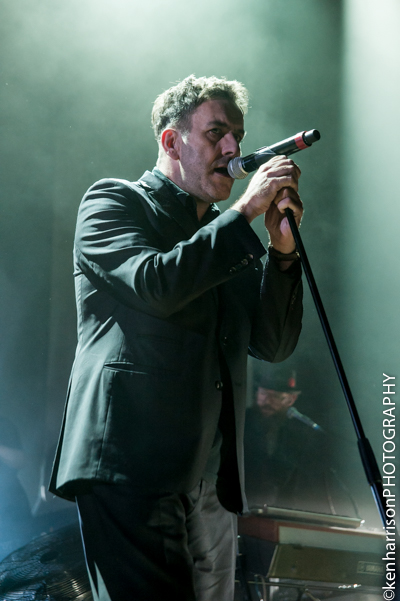 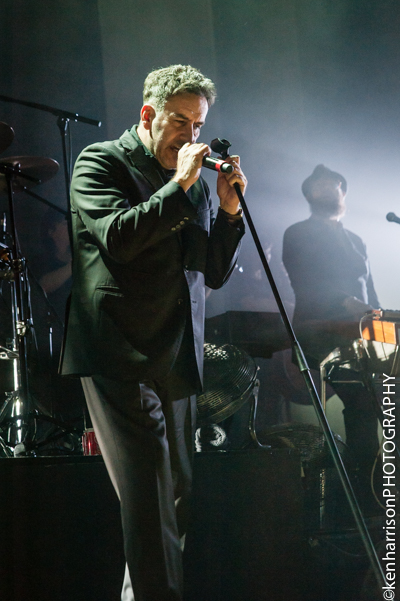 Following the members various solo activities, (i.e. Special AKA, Fun Boy Three, Colourfield, Special Beat etc) the band were reunited in 1999, but without Jerry Dammers. More recently Neville Staple and Roddy Radiation have left the band, leaving only four members of the 79-81 line-up. Ocean Colour Scene’s Steve Cradock is fulfilling guitar and some vocal duties on the tour. 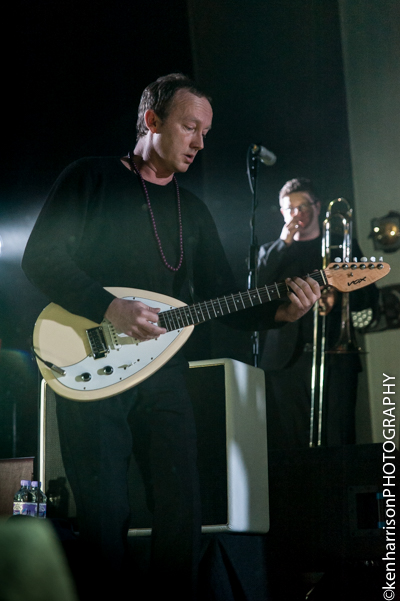 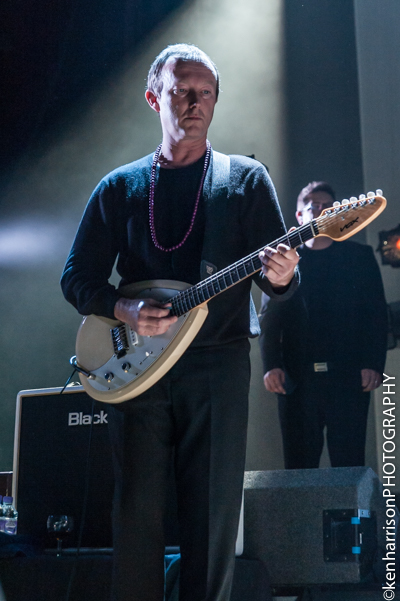 The Tones are a young (all sweet sixteen), and very energetic Surrey based, four-piece band. Snappily and ‘mod’ishly dressed these teens are talented musicians, and put on a spirited performance. Well worth checking out. 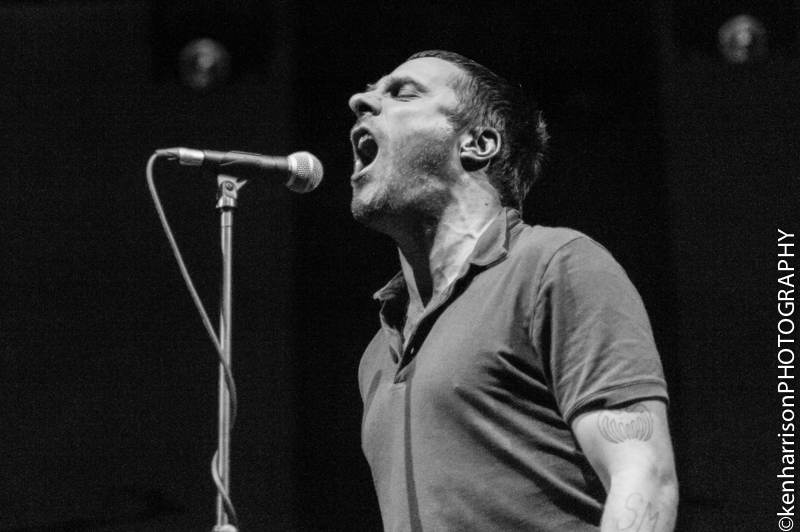 Next up is Sleaford Mods, a two piece Nottinghamshire band with Jason Williamson on vocals and Andrew Fearn covering the music. Fearn takes things easy during the show, kicking back with a bottle of beer and occasionally working the laptop, whilst Williamson runs through a manic foul mouthed rap complete with an almost obsessive compulsive behaviour repetitive rubbing of his head whilst a stream of profanity is launched into the audience. 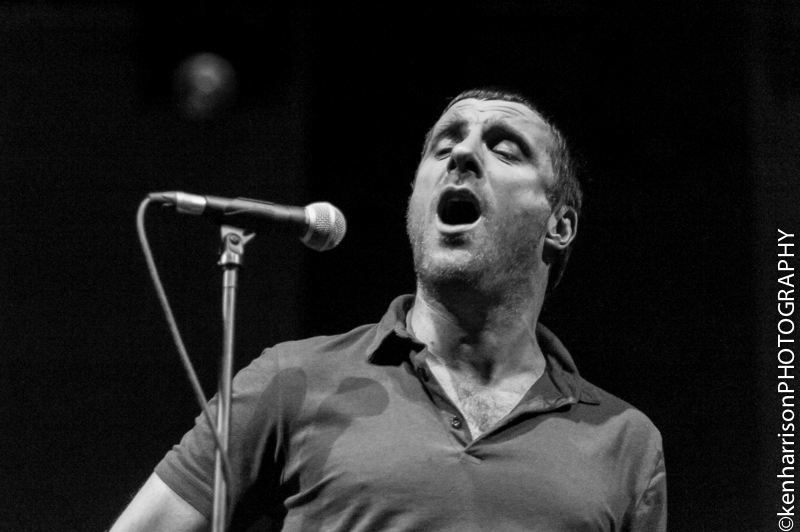 Nothing is out of reach for Williamson’s rants; His (effing) Manager, UKIP, Jobseekers and the like. 1970’s show “Tiswas” is the next single (including references to OTT) and already gaining airplay on BBC 6 Music and other stations. The band are certainly an acquired taste, and not for the timid. Eminem wouldn’t last five minutes with this guy. 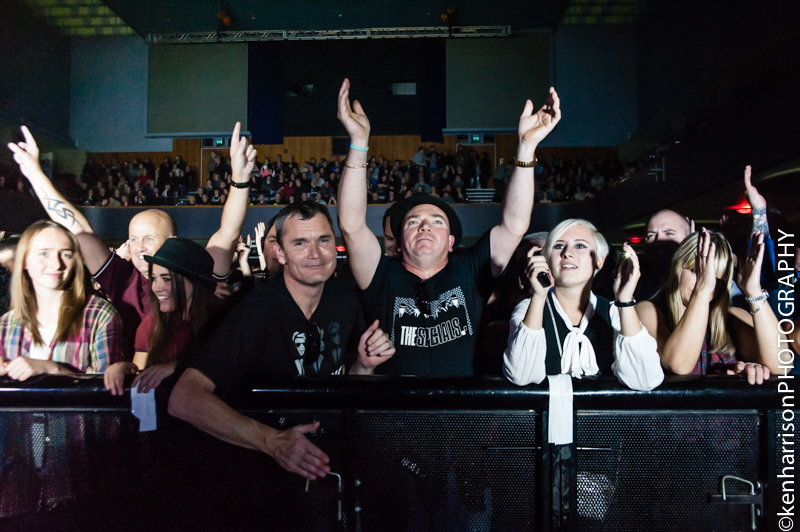 A few minutes after 9.00.pm, we get “Egyptian Reggae” (Jonathan Richman and the Modern Lovers 1977 hit) pumping out of the speakers, before the band take to the stage. The Specials are not saving the best for last tonight, as they open up with “Ghost Town”. The crowd are dancing from the first beat and keep going all night. “B” side to “Ghost Town”, “Friday Night, Saturday Morning” follows; a tale of hitting on girls in nightclubs and lots of alcohol. “Do Nothing” follows, then “International Jet Set”. 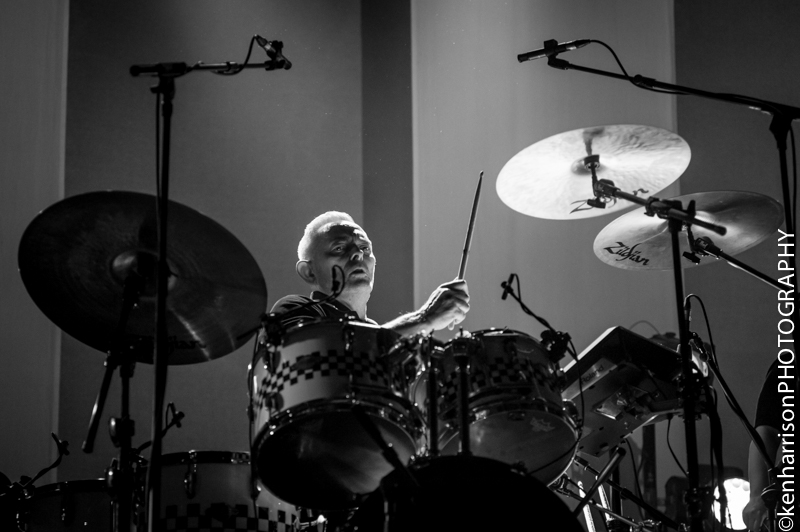 “Stereotype” opens with its Spanish style introduction and recounts the tale of a typical guy who gets drunk, drink drives, “has girls every night”, and catches VD, so has to stay off the beer for a few weeks. On his first night off the medication, the beer goes to his head and he subsequently dies after getting drunk and being “wrapped round a lamppost on Saturday night”. Dark and depressing lyrics, but a fantastic song. Hopefully, this 1970’s stereotypical man no longer exists. 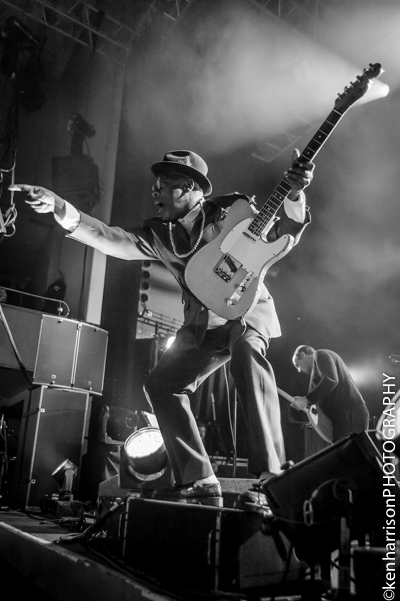 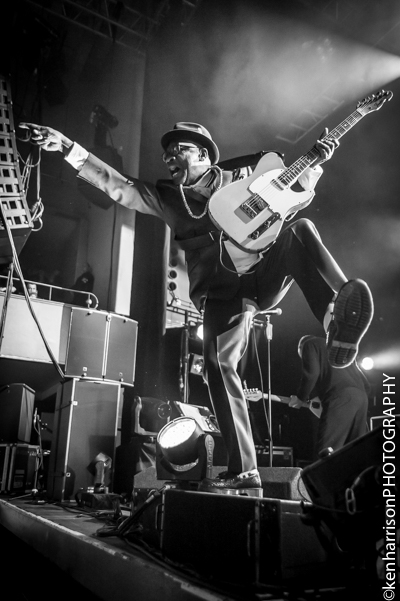 During “Man at C & A” Hall throws bottles of water into the overheating audience, as the dancing goes on... Panter stands at the front of the stage egging the crowd on during “Pearl's Café”... “It's all a load of boll****” and the audience oblige with gusto. Without breaking step it’s on with “Hey Little Rich Girl” then “Rat Race”, the cheery employment song. With the temperature rising, I see one red-faced perspiring girl dragged out of the audience to the lobby to cool down.

To chants of “Rude Boy!!!” Golding chats with the audience, then we're into “Blank Expression”, then “It's Up to You” with Panter coming up to the front the stage again. Golding does most of the audience chat during the show, with Hall being his trademark reserved self. "Why" is followed with “Doesn't Make It Alright” and with Golding saying “It's Ladies Night” the band launch into “Nite Klub”. “(Dawning of a) New Era” and “Do the Dog” are followed by “Gangsters”, Monkey Man”, “Concrete Jungle” and then “stop your messing around” with “A Message to You, Rudy”. The final two songs of the set “Little Bitch” and closer “Too Much Too Young” and the hot sweaty crowd are chanting for more. 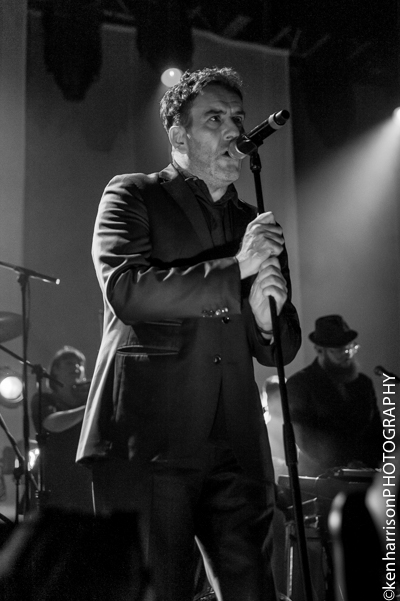 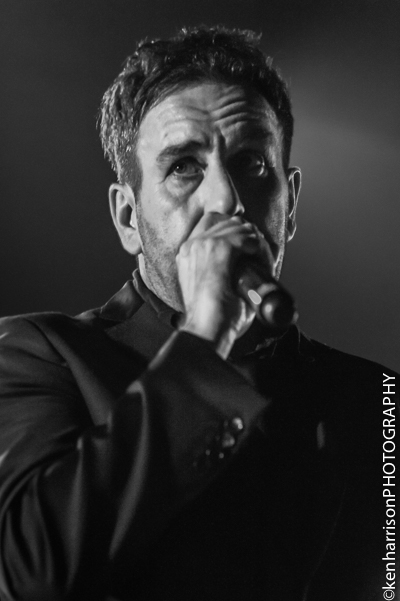 For the encore the band return to the stage for “Guns of Navarone” and crowd favourite “Enjoy Yourself (It's Later Than You Think)” everyone is dancing, and even out in the entrance lobby a couple of women are spinning themselves around, having the time of their life. Even some of the venue staff can be seen singing and moving in time. The set closes with “You're Wondering Now” and much clapping and cheering. As the crowd leaves the Civic, the singing continues out into the night. 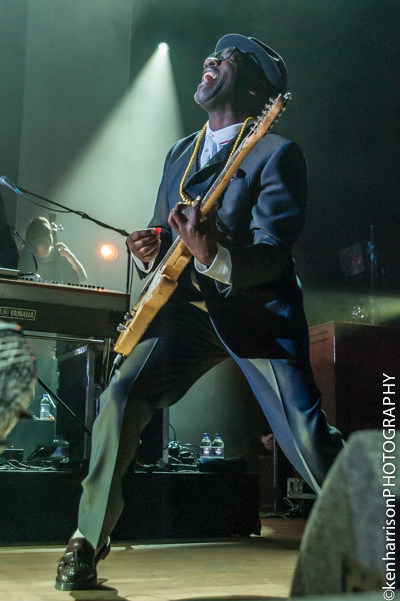 The Specials are a class act. Great songs, well written and performed, and one of a few bands who can take a classic song and make it their own. The fact that 35 years on, the teenage fans of the late 70’s now well into middle age, are coming out in their droves (and bringing their kids with them) to sing to dance and have a good time in the company of The Specials is testament to their enduring appeal. Whilst the number of original members has reduced somewhat, the performance is still great and the sell-out crowd tonight didn’t seem to mind too much either. 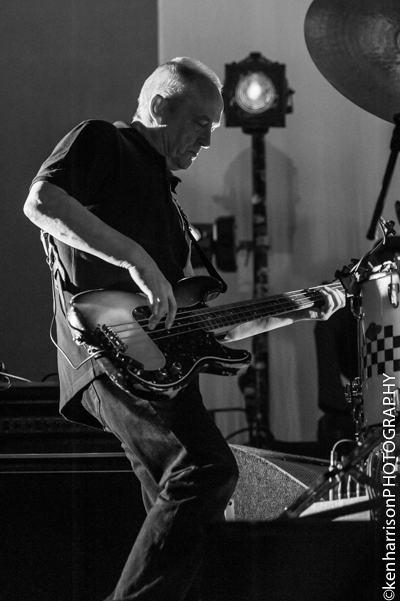 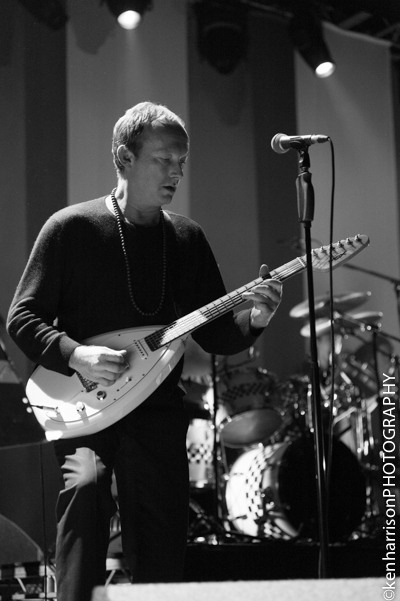 The Specials are off to Europe for the next leg of the tour. If you can get a ticket, you’ll get a good show. Who knows when the band will be on the road again, so take the opportunity to see ‘em...” its later than you think”.

1. Guns of Navarone
2. Enjoy Yourself (It's Later Than You Think)
3. You're Wondering Now
Next
Previous